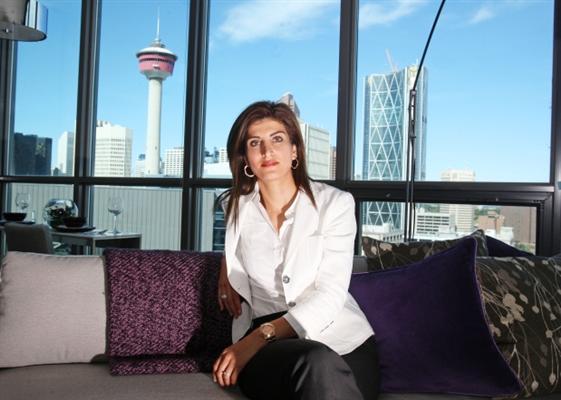 
CALGARY — Calgary’s new residential condominium market is in the early days of a recovery from the 2008 economic downturn, says a new housing report by AltusGroup.

The report said new condo apartment sales had plummeted in Calgary with the recent economic crisis and stayed low through 2010, but the market turned around in 2011. And is now picking up steam.

The report said a large number of new project launches boosted the number of units in projects on the market at year-end to about 8,000 units, up 26 per cent from a year earlier, split almost evenly between low-rise and highrise buildings.

“The weakness in the Calgary market in 2008-2010 was at least in part due to the exit of investors,” said the report. “However, improving economic conditions and lower vacancies are attracting investors back into the market.”

The renewed interest in the Calgary condo market was evident this past weekend when people started lining up Friday night for the opening the next day of the sales centre at The Guardian project, the tallest residential tower in Alberta.

Nicholas Hon, of Hon Towers Ltd., which wants to build two 42-storey towers in the old Victoria Park neighbourhood near the Calgary Stampede, said after the weekend 80 per cent of the 321 units for the first phase of the project were sold. The project will total 640 units.

He said there have been many inquiries about the time frame for sales for the second tower.

“We’re working internally to determine when that should be,” said Hon, adding he was very surprised by the weekend sales interest. “I knew it would be a strong response but not to the level of people camping out. There’s no way we could have anticipated that.

“There’s a lot of infrastructure being put into the inner-city around the condos. Rental vacancy rates are dropping. Economically, we’re also seeing some investors coming back into the market.”

Jeannie Elrafie, project sales manager for the Keynote development in the east Beltline, said interest has been high for the second residential condo highrise on that site.

“We’ve had quite a rush, probably in the last five months since about September,” she said “I know it has a lot to do with the migration coming into Calgary right now. A lot of the buyers coming into Keynote are young business professionals.”

“We’re doing more of a staged release as opposed to putting them all up on the market at once,” said Elrafie. “So as of now, we’ve sold just over 35 per cent of the building and we’re exactly on target where we want to be.”

This entry was posted on March 20th, 2012 by Josh Nelson | Posted in General